I took my 5-year old to see it and it was one of the greatest parenting moments of my life. She's been watching the original trilogy since she was 4 and is well-versed in the story/characters.  T 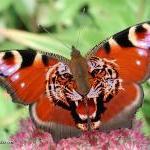 Not counting all the toys they will sell this coming Christmas.

In case anyone was wondering, it ought to have been titled "Batman v Superman: Dawn of Just Ass". It's a complete crapfest.