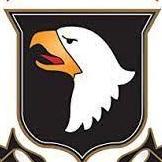 Most Impressive Moment of the Season

By 101Airborne, January 11 in Cincinnati Bengals